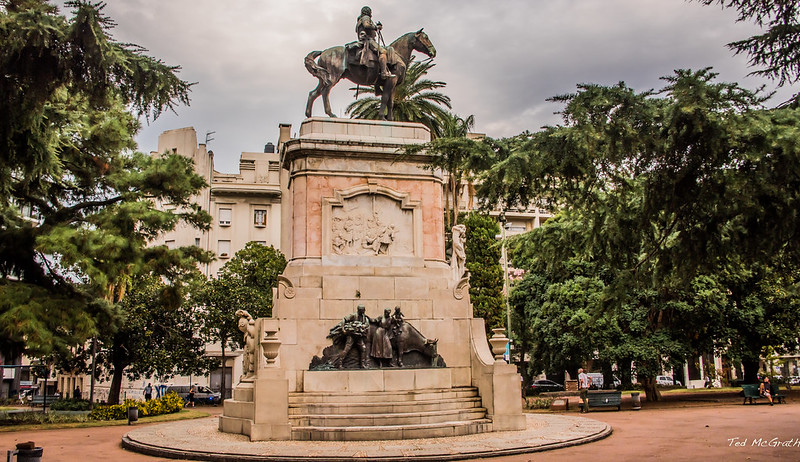 
If the information and sources available to uncover the origins and development of Roma people in countries like Ecuador or Peru was scarce, then for Uruguay it is almost non-existent. While countries like Brazil and Argentina have a more considerable presence of Roma communities (300,000 and 800,000 people respectively), the much smaller numbers in Uruguay (estimated at 500-4,000) are a reason for the lack of accounts and research around the Roma population in Uruguay.

It seems likely that in general their patterns of migration and arrival to the country follow similar ones than in other parts of South America, Argentina in particular. Therefore, the first Roma most likely arrived to Uruguay in the second part of the 16th century, through the deportations initiated by Spain towards Mexico, the Caribbean, Brasil and Río de la Plata. A number of them probably also came as a result of the sedentarization laws Spain was passing at the time, aimed at stabilising internal migration of Roma there. Due to its proximity, Río de la Plata would have been a key entry point for Roma both to Argentina and Uruguay from the end of the 16th century onwards.

However, the main migratory period for Roma came towards the end of the 19th century. This coincided with the abolition of slavery in Wallachia and Moldavia in 1868, together with an increase of persecution of Roma in Western Europe. Either to escape harsh conditions in Europe or to take advantage of their liberation, many Roma made their way to Latin America in search of a more prosperous future. A number of oral accounts from Roma in Uruguay testify that their ancestors had reached this territory 3 or 4 generations before.

Finally, the fall of the Soviet Union meant that a new migration wave, albeit a smaller one, took place in the 1990s, which also saw Roma make their way to the Americas. In recent times, it can be presumed that the Argentinian crisis of 1999/2000 and the high periods of inflation that still afflict the country today might have led Roma to try better luck in Uruguay, which has enjoyed a relatively more positive economic condition.

Given the lack of reliable documents, research focusing on Roma from Uruguay, their current situation, their culture and tradition is much needed.