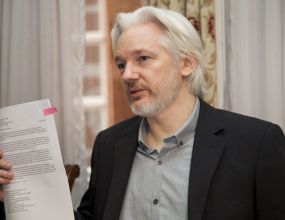 TRUE AND ACCESSIBLE NEWS FOR  EVERYONE


May 3 is celebrated as World Press Freedom Day all over the world, with the decision taken by the United Nations General Assembly in 1993, a day that was intended to act “as a reminder to governments of the need to respect their commitment to press freedom” and one for “reflection among media professionals about issues of press freedom and professional ethics.”

Press is responsible for getting correct information, enlightening, and contributing to the development of human rights and fundamental rights and freedoms for the individuals and the society. The press is an indispensable part of our democratic life and the most effective tool of the freedom to receive and spread information. There is no doubt that freedom of the press is of great importance for the press to be able to carry out this task freely. According to the World Press Freedom Index, that is published annually by Reporters Without Borders (RSF) Croatia is number 48 out of 180. Serbia is 79, Montenegro is 63, Slovenia is 54, Hungary is 85 and Greece is 108. Scandinavian countries are on the top, Turkey is number 149. Russia is number 155. China is number 175. On the last of the list its North Korea. According to Committee to Protect Journalists (CPJ) in 2021, number of journalists in prison around the world was the highest yet, with 293 journalists in prison around the world.

With the war in Ukraine going on, importance of journalism and free press is once again proven. There are worrying information about Ukrainian government controlling what gets published from the war zone.  Independent media in Russia is suffocating, Moscow is trying and succeeding to cut the voices that are reporting about Ukraine, confining journalists that are working in Ukraine. According to CPJ, at least seven journalists died while reporting the war in Ukraine. Investigation is still going on whether they were killed for covering the war news for the other five who died. When their co-workers are dying, being threatened, and beaten, there are journalists in the war zone trying to do their job, while their job is protected under international humanitarian law, the laws are not being respected. To refrain from manipulation and misinformation not just in war zones but in everyday news, it is important to crate the environment for journalists to be able to do their job without being feared for their lives.

Press freedom closely effects minorities as well. We all know that in current system, lobby activities are highly influence over the media and press. Jeff Bezos owns Washington Post and with the recent news, Elon Musk bought Twitter. Rupert Murdoch owns News Corporation; Michael Bloomberg owns Bloomberg. Rich people and big companies dominate media. Those who have capital and power owns media tools. Minorities on the other hand, usually has no power or money over those tools. We are not able to hear what is going on in Yemen or in Palestine Territory or how Roma is being treated in every country they are in. That is because those minorities lack the resources that is needed to influence the media coverage. Those who are willing to talk about topics big media corporations are not covering, like Julian Assange are facing dire consequences. Those who owns the media tools are using them for their own benefit, on the way, affecting what and how journalists broadcast. We rarely get to hear about what is going on in the underdeveloped areas of the world, or what is going on among minority groups. That is simply because they do not have the lobbies to make news about them. This is not how journalism and press should be. Everyone who is being mistreated, being killed, being tortured needs a platform to make them heard. Silencing minority voice is as bad as what is being done to them, for it allows the mistreatments to continue.