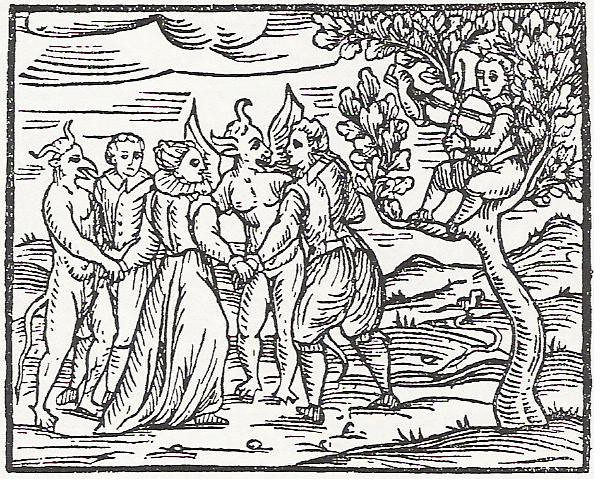 
The ‘Witches of Zugarramurdi’ case in 1610 proved decisive in shaping the Inquisition’s stance on witchcraft. The initial sentence found 29 people guilty of witchcraft, and six were burnt at the stake. In the following months, witchcraft accusations began to rise exponentially in Navarra. It was in this context that Alonso de Salazar y Frías, a Spanish priest and Inquisitor, was sent around to gather information. Having found no reliable evidence of witchcraft in the region, and aware of the very questionable methods used in prosecution, he severely criticised the Zugarramurdi sentence as a ‘terrible injustice’. His recommendations were the base for the General Court’s 1614 instruction, which provided new mechanisms to obtain reliable testimonies. This instruction also rejected the continued use of the Malleus Maleficarum manual as an adequate form of guidance for prosecution.

This change in approach, which alleviated the destructive potential of witch-hunts as witnessed in other parts of Europe, has relevant connections with Roma women’s use of magical practices in Spain. Recent studies have found that Roma and non-Roma practitioners alike utilized almost identical methods of sorcery and divination, even if Roma repertoire was often more limited. This they compensated with a greater focus on the psychological aspect of the process and a more refined use of persuasion. This is useful in order to reject essentialist claims about certain notions of ‘uniqueness’ in Roma witchcraft. What seems more plausible is a great level of versatility exhibited by Roma in appropriating and exploiting the same methods used by non-Roma practitioners, often rooted in the same superstitious material official Christianity relied on at the time.

Interestingly, Roma people constituted a strategically valuable source when non-Roma practitioners were interrogated by the Inquisition. In order to avoid implicating others during interrogations, non-Roma usually referred to ‘some gypsy who walked by’ as the origin of their magical knowledge. Roma therefore provided a useful anonymous source for witchcraft expertise, which also contributed to further feed their stereotype.

The scepticism that surrounded Roma women’s understanding of their own activities is of great relevance here. While their rituals often contained multiple elements of Christianity, court material compiled by Sánchez Ortega (1984) reveals that Roma knowledge of fundamental elements of the dominant religion were limited, and that the level of Roma Christianisation was, at the time, purely superficial. Moreover, a number of confessions made by Roma in court involved the accused part admitting the fraudulent nature of the operation, developed exclusively as a way to trick the other party and obtain their money. This sceptical approach often contrasts with that of non-Roma practitioners, who according to Sánchez Ortega ‘gave these matters a fairly large margin of credibility’, especially considering that ‘the non-Roma sorcerer usually acted both as expert and interested party at the same time’.

In an environment of growing contempt for the connection between witchcraft/sorcery and evil forces, it seems plausible that Roma scepticism for their own rituals reinforced the Inquisition’s reserves on accepting the prospect of satanic presence. Roma testimonies were helpful in recognising that the main purpose of rituals was often not spiritual but material, guided by the Roma’s marginalized and deprived existence and an attempt to capitalize their reputation as magical people in order to survive. Whether these cases reinforced the Inquisition’s rational approach to witchcraft, or simply provided evidence of the detachment of evil forces and magical practices, remains a complex question that would be worth analysing in more depth.

THE SPANISH INQUISITION AND THE...