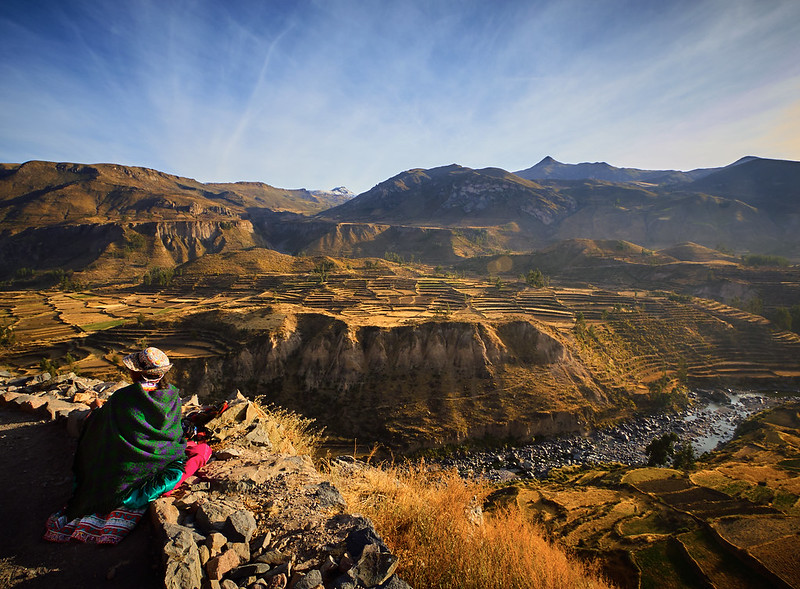 
Similarly to other parts of Central and South America, the early presence of Roma in Peru is poorly documented. The available evidence relies mostly on oral accounts passed over generations, with very limited trustworthy research. It is likely that the first Roma to arrive in Peru came with the ships of the Conquistadors in the late 16th century. Most Roma would have arrived to Peru following the same patterns of migration than early Roma settlers in Colombia or Ecuador. That is, as cover-up members of sailing crews, as convicts or as refugees fleeing Spain once the Catholic monarchy began implementing laws to prosecute Roma and other ethnic and religious minorities.

In 1581, king Philip II passed a law ordering the return to Spain of Roma present in the new settlement, including an order sent to the Audience of Lima, Peru’s capital. This would indicate the presence of Roma around that time already. It seems problematic to present a fully coherent picture of migratory patterns, because between the 16th and 18th centuries, Spain’s rulers engaged in changing habits of deportation of Roma from Spain to the colonies but also return of Roma from the colonies back to Spain. So it was likely a combination of both escape, forced eviction and forced returns that took place during this epoch, depending on the particular preference or priorities of kings.

Another likely path of migration taken by Roma to reach Peru was through Brazil, as there are accounts of Roma colonies settling there at least from the 17th century, as are the evictions of Roma from Portugal to Brazilian territory. A number of them would have made their way West towards Peru.

Carlos Pardo-Figueroa Thays is one of the few researchers who has attempted to put together more information about Roma in Peru in later periods. His work (2000) focuses on Roma arrival to Lima in late 19th and early 20th century, often as part of wider migration patterns from Europe to Latin America for economic reasons. He explains how a ‘’positivist and racist’’ approach characterised the welcoming of European immigration by the power elites. This favourable attitude did not, of course, include Roma, who were usually perceived in a negative light and considered ‘’a wandering people of dubious morality and a taste for theft and other forms of crime’’.

This wave of economic migration was supported by a later one from Eastern European Roma who fled their countries during the 1930s, escaping persecution from Nazism. More recently, migration of Roma from Mexico to Peru has also been observed (UNHRC, 2016).

Sadly, prejudice has remained over time and today, the roughly 5,000 Roma who live in Peru continue to experience discrimination. While the Peruvian government recognises indigenous peoples and other minorities, the UN Special Rapporteur on Minorities expresses that ‘’a legislative and institutional silence surrounds Roma minority rights’’ in the country. To avoid being further marginalized, a number of Roma hide their ethnic identity.

There is currently very little effort to pressure the Peruvian government into playing an active role to address this situation. Without a unified voice demanding basic rights for Roma communities living in the country, their exclusion threatens not just their well-being but also their culture, language and traditions which become endangered. Action is urgently needed.